This unique heritage home is a well-known landmark in historic Bowness, a community that began its life as one of Calgary’s first suburbs. The original owner and builder of the home was stockbroker and oil man Leonard Phillips, who was born in 1887 in Wakefield, England. 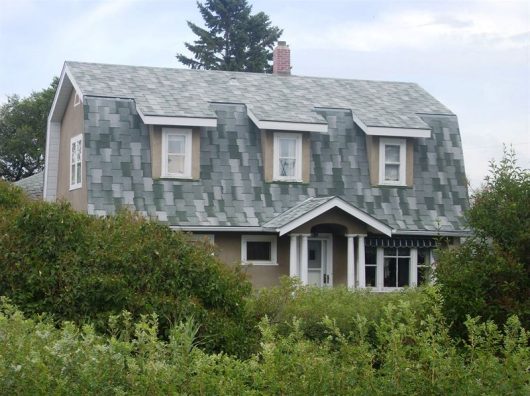 Courtesy of the City of Calgary

Phillips, who arrived in Calgary in 1911, purchased the property in 1928 and quickly set to constructing the home. It was built as a bungalow, but a second storey was added as part of a renovation in 1935. The residence sits on a spacious, treed lot and has retained many of its original design and landscape details from the 1920s, including a large hedge. In addition to the main residence, the property features a small summer cottage that was used by the Phillips family.

The land where the home sits was originally subdivided in 1911 by John Hextall, who is known today as the founder of Bowness. Hextall had grand plans for the area, which he dubbed Bowness Estates – plans that largely fizzled out due to an economic slump and the outbreak of the First World War. Hextall died in 1914 and the lands sat vacant for years, with development picking up after the Second World War. From there, Bowness grew quickly – becoming a village in 1948, then a town in 1952, before being annexed by the City of Calgary in 1964.