Cochrane’s largest infrastructure project to date, the much-anticipated Jack Tennant Memorial Bridge, recently had its grand opening, which was marked by a low-key, physically distanced celebration and plenty of fireworks.

“Given the challenges of the time and the global pandemic, it was just so nice to have something positive to rally around,” said Cochrane Mayor Jeff Genung.

The bridge was named in honour of longtime Cochrane resident, philanthropist and Cochrane Eagle founder Jack Tennant, who died in 2018.

The project was two decades in the making, with construction finally beginning in 2018. 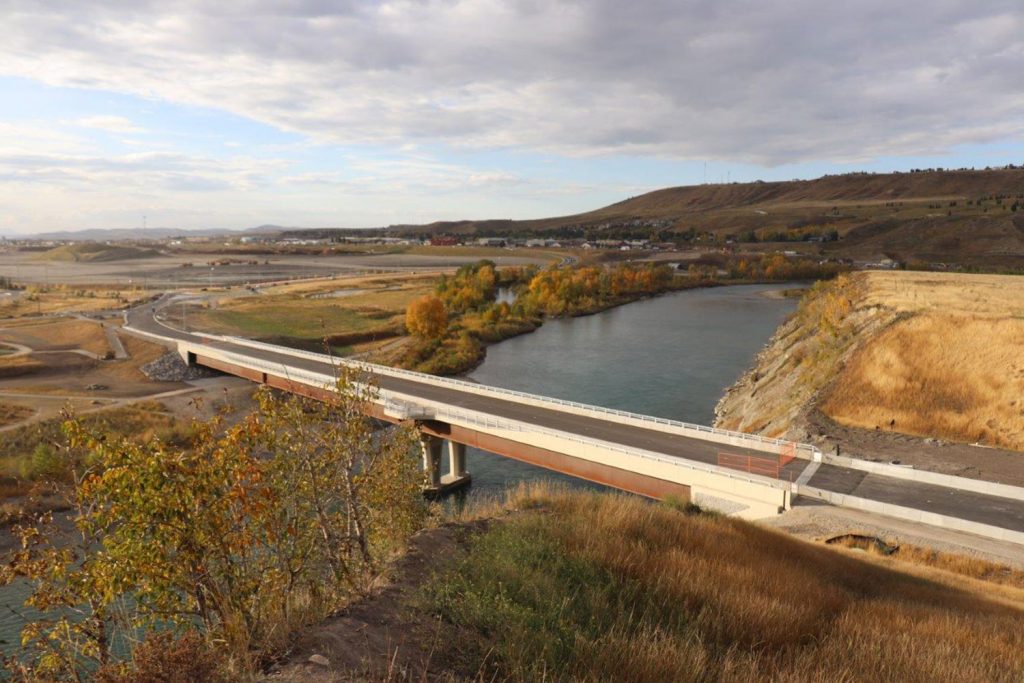 Courtesy of the Town of Cochrane

“Back in the early 2000s, we identified the need for another bridge, and at that time, we implemented a forward-thinking funding formula that placed the burden of infrastructure on growth,” said Genung. “So we saved and saved and saved, and last week we were able to stand on the bridge and say that zero municipal tax dollars went into the construction of the project.”

The $53-million bridge creates another route across the Bow River, connecting the north and south sides of Cochrane and alleviating bottlenecks on the original Bow River Bridge, which crosses the river on Highway 22. It also provides a secondary pathway for emergency vehicles that need to cross the river.

The new bridge features dedicated lanes for pedestrians, cyclists and motorists, offering residents of the many new communities on the southeast side of the town easy access to the Spray Lakes Family Recreation Centre, Cochrane’s downtown core and Calgary.

Nina Wulder, marketing and communications co-ordinator for Rivercrest, a Cochrane community co-developed by Qualico Communities and Slokker Homes, says the bridge was an important consideration in development plans for the new neighbourhood.

“Having easier access to amenities is always appealing to residents,” she said. “It’s a great connection to the main street area and it gives people choices in their commute.”

The bridge also connects with the local river pathway system.

“Connectivity is one of the many pieces of the puzzle that we are working on,” said Genung, adding that several additional infrastructure projects are in the works for the town over the next few years.