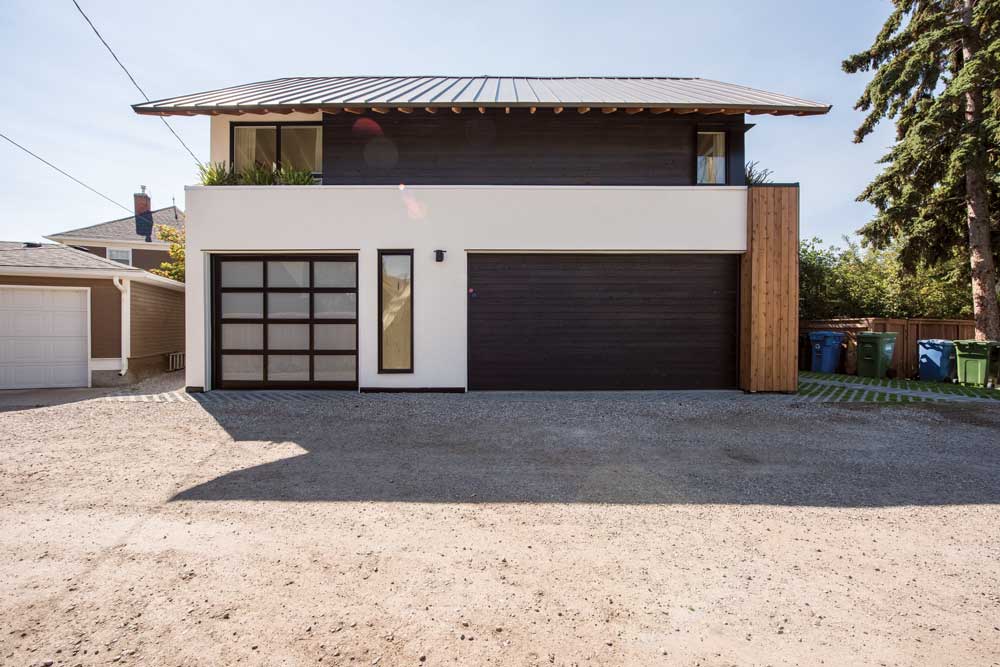 For an urban planner, they’re called infill homes, but you may refer to them as laneway houses. We’re talking about infills added to residential properties, as the term is also used commercially. Any new or replacement building on an old lot is technically an infill, but in contemporary use, it often describes a second house built on a single lot.

In 2020, Canadians were asked to stay home. This meant people started to see their homes differently and many were eager to look at ways to get more from their principal residence. Economics sometimes plays a role, particularly in pricey real estate markets, where the need for more space looks to infills rather than additions. Infill homes can also be rental income generators.

The infill concept isn’t for everyone. If you love your green space, you’ll have much less of it once you surrender room for the foundation. In other places, city bylaws may be a factor, restricting new construction by size or style. Those coveting rental income may be stuck if zoning frowns upon multi-family developments.

Preparing for infill construction does have its share of frustrations, from zoning interpretations and limitations, to cost overruns and unexpected twists and turns. Don’t undertake an infill project on a whim. You’ll need to research and review, revise and reschedule. Repeatedly.

However, places where infills are permitted are often the neighbourhoods that draw those inclined to pursue the concept. Areas like Cabbagetown in Toronto or Kensington, Calgary’s “Left Bank,” attract artists, students, alumni, and the stylishly affluent with the allure of eclectic and esoteric surroundings, artsy villages within urban centres.

In defense of infills

The work-from-home paradigm shift was already in action before the coronavirus pandemic accelerated the trend. It doesn’t take long in an improvised dining table workspace to begin to crave the comforts of a conventional office. For some, the mental transition that keeps their heads in a productive space requires a change of scenery which an infill home provides in more dramatic fashion than a bedroom-to-office makeover.

A mix of style

Few people have purist design tastes. Your Victorian cottage may lend itself to shabby chic while sometimes you crave the peaceful zen of Japanese or minimalist styles. On narrow, inner city lots, the boxy practicality of Bauhaus and similar modern styles maximizes space and gives you a clean design palette. Since infills are often built at the rear of lots backing onto lanes, the space between buildings offers a transitional style buffer, though you may well choose complementary rather than contrasting design.

It’s hard to say if striking modern designs dominate residential infill homes or if it’s just a matter of the dramatic being more obvious. However, there’s no shortage of stunning when it comes to infill projects, whether you’re in Harbord Village in Toronto, Prince Arthur and Sherbrooke in Montreal, or South Fraser in Vancouver, the laneway infill is alive, well, and thriving in urban Canada.