People are exposed to mould spores daily in the air they breathe. However, sometimes mould can grow excessively in certain areas called ?amplification sites? and can cause different types of illnesses. Some moulds are more hazardous than others and different people have different responses to mould exposure. Those with allergies, existing respiratory conditions or suppressed immune systems are especially susceptible to health problems from mould exposure. Researchers have identified that some ... Full Article...
posted in home tips at Tue, 29 Jan 2019 20:30:15 +0000 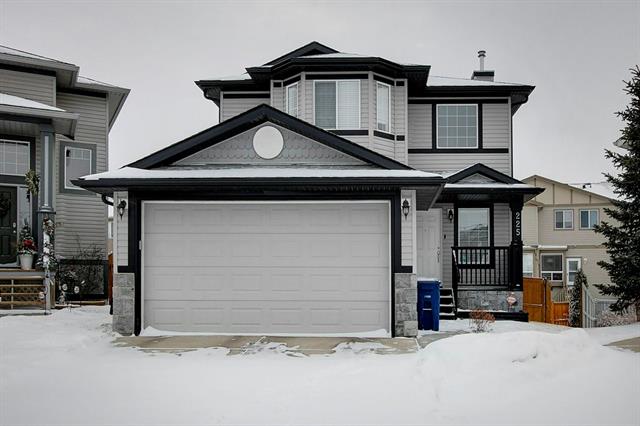 Just added this listing:"This is a gorgeous, well kept home, in Airdrie?s Luxstone community. The kitchen has a dining area, a walk thru pantry, and an island with breakfast bar, a double granite sink with a touch controlled tap, a Bosch dishwasher and even a vacuflo kickplate. The cabinets have under mount lighting and the fridge has water and ice dispenser. The living room is carpeted for cozy ambiance, in front of the gas fireplace with tile surround and mantle. From the double attached ...
View Listing Details
posted in Listings at Wed, 23 Jan 2019 12:00:00 +0000 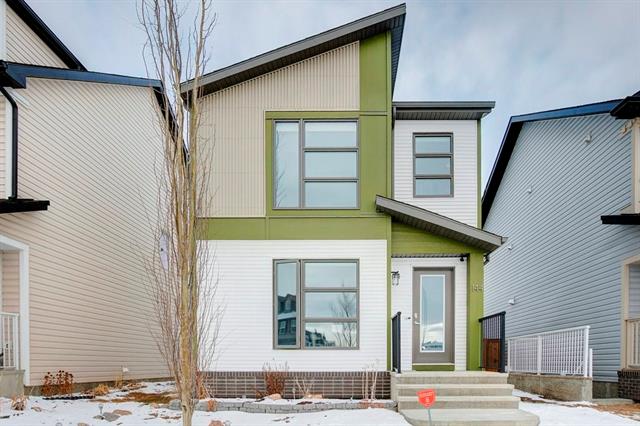 Home insurance is a lot like one of those ?break glass in case of emergency? boxes?you don?t expect to use it, but you?re happy it?s there when you need it. This powerful tool protects you, your property and your belongings in all kinds of ways. Here are some surprising facts about home policies?many of which you might not even be aware of. NOT ALL POLICIES ARE CREATED EQUALA bargain-basement insurance quote often reflects what you get in return. For instance, basic insurance covers your home ... Full Article...
posted in home tips at Tue, 15 Jan 2019 17:43:29 +0000

Rural crime in Alberta has been on the rise for the past five years?a trend that worries law enforcement officials. We asked Jennifer Kee, crime reduction coordinator with the RCMP?s K Division in Edmonton, for tips on how rural homeowners can protect their property. Where should one hide spare keys?Don?t hide spare house keys on your property. Perpetrators know all the hiding spots?under the doormat, in the flower planter?so it?s best to leave keys with a neighbour or family member, even if ... Full Article...
posted in home tips at Sun, 13 Jan 2019 18:57:07 +0000 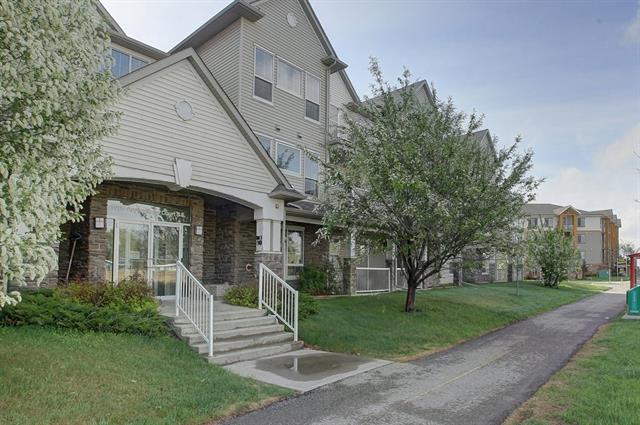 Just sold this listing:"Amazing price in applewood! You can't beat this newly renovated 1 bedroom apartment in the family friendly community of Applewood. This well managed building only has 3 floors and is Ideal as an investment property or live in it yourself and watch the fireworks of Globalfest right from your balcony! With 9' ceilings, in-suite laundry, new flooring, paint, fixtures and kitchen appliances there is nothing to do but move in! With an underground parking stall and quick and ... Full Article...
View Listing Details
posted in Listings at Tue, 08 Jan 2019 12:00:00 +0000

While mixing family and money is a cardinal sin, it?s being done in Canada on a daily basis. The reason: the Canadian housing market is so hot that millennials can?t touch it alone. Parents are ?gifting? or selling their rental properties to their children for a nominal value. While this is a valid strategy, there are several important factors to consider. As someone who worked in many law firms, it never ceased to amaze me as to how seemingly happy siblings from functional families squabbled ... Full Article...
posted in home tips at Sat, 05 Jan 2019 15:23:16 +0000

As oversupply continues in Calgary’s housing market, December prices eased by one per cent compared to last month and are over three per cent below last December.

“This contributed to elevated supply in the resale market, resulting in price declines.”

Inventory levels in December sat at 4,904 units. This is well above levels recorded last year and 30 per cent above typical levels for the month. Elevated resale inventories in 2018 were caused by gains in the detached and attached sectors.

Throughout 2018, the months of supply remained elevated and averaged 5.2 months. This contributed to the annual average benchmark price decline of 1.5 per cent. Price declines occurred across all product types and have caused citywide figures to remain over nine per cent below the monthly highs recorded in 2014.

“Both buyers and sellers faced adjustments in expectations this year. Sellers had to compete with more choice in the resale market, but also the new-home market,” said CREB® president Tom Westcott.

“With less people looking for a home, it became a choice between delaying when to sell or adjusting the sale price. However, buyers looking for more affordable product did not find the same price adjustments that existed in some of the higher price ranges.”

Detached sales declined across all districts in 2018. With citywide sales of 9,945 units, activity remains 21 per cent below typical levels for the year.
Detached inventories were higher than last year’s levels for each month of the year, including December. Slow sales caused the market to be oversupplied through most of 2018.
Detached benchmark prices totalled $481,400 in December, a one per cent decline over last month and a three per cent decline over last year. Overall, 2018 prices declined by 1.5 per cent compared to last year.
Prices have eased across most districts in 2018. The largest declines this year have occurred in the North East, North West and North districts.

Apartment sales totalled 2,663 units in 2018. While the decline is less than other product types, levels are 22 per cent below long-term averages.
The apartment condominium sector has struggled with oversupply for almost three years and 2018 was no exception.
However, supply has been easing, as inventories this year averaged 1,584 units, one per cent below last year’s levels.
Despite slowing supply growth, the market remained oversupplied, causing further price declines. In December, benchmark prices were $251,500, over two per cent below last year. Annually, prices have declined by nearly three per cent for a total decline of 14 per cent since 2014.
Price declines this year have ranged from a high of nearly six per cent in the East district to a low of two per cent in both the City Centre and North West districts.

Declines for both row and semi-detached product resulted in 2018 attached sales of 3,536 units, a 15 per cent decline over the previous year and 14 per cent below long-term averages.
Slower sales activity prompted some pull-back in new listings, but this was limited to the row sector. Row new listings declined by four per cent and semi-detached new listings rose by nearly 15 per cent in 2018.
Despite some adjustments to new listings, inventory levels remained elevated, keeping the market in buyers’ market territory and putting downward pressure on prices.
In December, the semi-detached benchmark price totalled $397,500. This is a monthly and year-over-year decline of 0.8 and 3.8 per cent, respectively. Recent price declines have caused this sector to erase any of the gains that occurred last year, as 2018 prices remain just below 2017 levels. Overall, annual prices remain 1.4 per cent below 2014 peak levels.
Row prices have also been edging down. As of December, row prices were $288,400, a 1.5 per cent decline from last month and nearly four per cent below last year’s levels. Overall, 2018 prices remain two per cent below last year’s levels and nearly 10 per cent below previous highs.

In 2018, the Airdrie housing market was distinctly marked by oversupply and signs of buyers’ market conditions. Compared to last year, inventory levels and months of supply have been significantly higher, combined with lower levels of sales. This has led to downward pressures on the benchmark price for detached homes.
Annual residential sales exhibited a year-over-year decline of 14 per cent and were almost 19 per cent lower than activity over the past 5 years. This consistent decline was observed across all product types.
Supply in 2018 was at record-high levels, with new listings achieving a new year-to-date peak for most of the year. Inventories have also been continuously increasing throughout this year and are 12 per cent higher than in 2017. Months of supply have increased steadily and averaged 5.6 months in 2018.
Persistent oversupply has resulted in a decline in Airdrie prices.  In 2018 detached benchmark prices averaged $369,042, over two percent below last year

Declining by 64 units, 2018 sales in Cochrane were lower than the previous year. However, an annual count of 599 sales remains comparable to activity over the past three years.
In 2018 there were 1,288 new listings, the highest on record.  Elevated new listings and easing sales resulted in rising inventories and months of supply that averaged nearly 7 months.
Elevated supply has caused detached prices to trend down over the second half of the year, however, it was not enough to offset earlier gains.  In 2018, detached benchmark prices have remained comparable to last year.

2018 residential sales in Okotoks were 463 units, a decline over last year and comparable to 2010 activity.
Gains in new listings combined with slower sales resulted in rising inventory and excess supply in this market.
Despite increased supply and weak sales, detached home prices in Okotoks showed modest increases in 2018. The average detached benchmark price totalled $434,875, which is one per cent higher than last year.

Ask anyone who lives in the community of Scarboro what makes it so special and you will get a variety of answers. ?It?s hard to put a pin in it,? said resident Kate Morisset. ?There is just this real sense of connectivity.? It?s the list of intangibles that ratchets up the must-live-here desires ? the camaraderie with neighbours, the feelings of belonging, and the sense ownership and pride. ?There are just so many touch points to this community,? said Morisset. ?The yearly garden tour, the ...
posted in Community info at Tue, 01 Jan 2019 19:28:58 +0000